The Good Liar Review by Movies To Watch Tonight

An excellent but slow-moving film that draws the viewer deeper into what appears to be a more sinister outcome.

The acting is superb and that’s what creates such an excellent film. The movie stars Helen Mirren, Ian McKellen, Russell Tovey, Jim Carter. Directed by Bill Condon. Based on the novel by Nicholas Searle. Screenplay by Jeffrey Hatcher. Released in 2019. 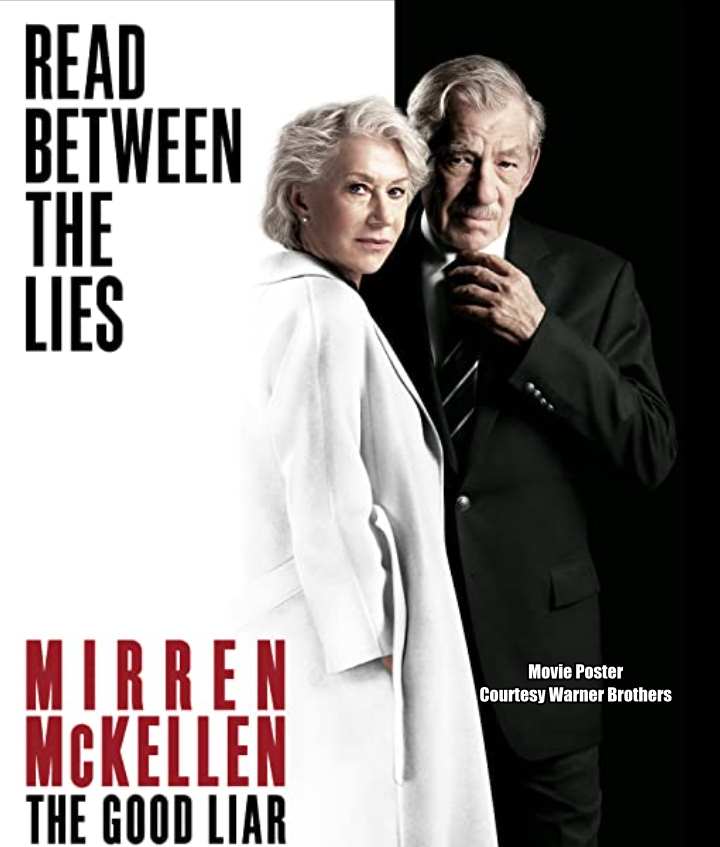 The Good Liar is an excellent study of the depths of human psychology and manipulative powers. A study of sheer revenge that may take decades to come to fruition.

The novel is excellent and screenplay wonderfully put together. The direction is outstanding. The acting, novel, screenplay and directing come full circle in The Good Liar to not only complement each other but to captivate the audience and keep them engaged throughout the 1 hour and 49 minutes. 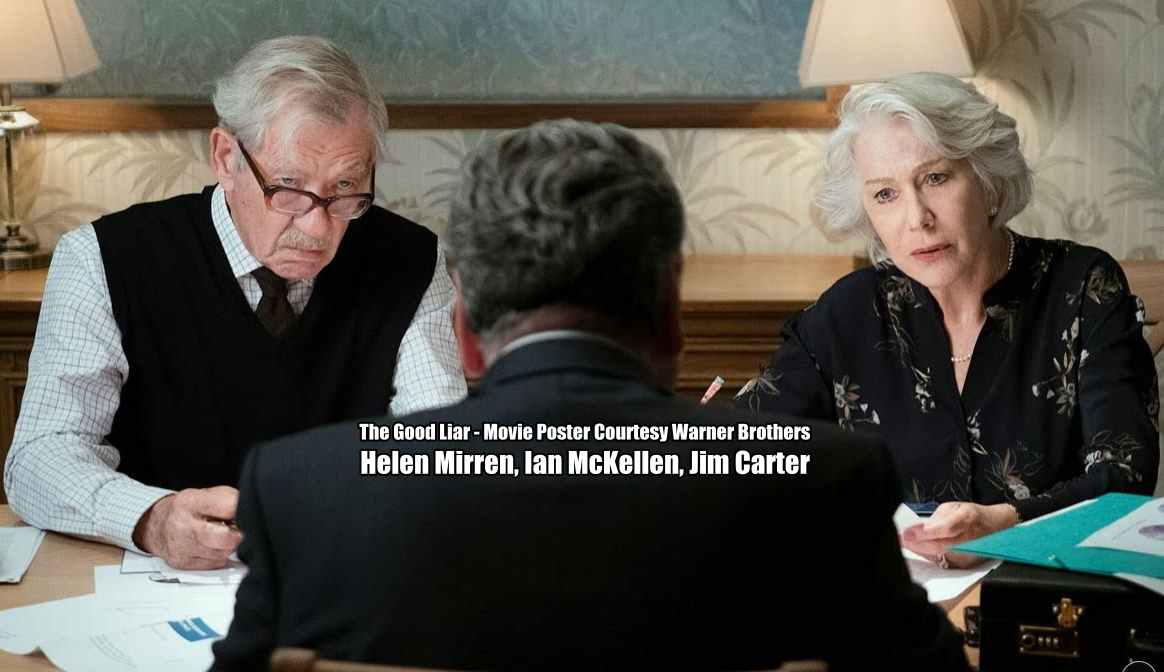 The movie is slow which is what draws and captivates viewers. It takes its time unveiling the truth behind the lies, in The Good Liar. The film had we here at Movies To Watch Tonight in goose bumps by the end, not just in the excellence of the actors and the writing and directing but in the movie plot itself. The Good Liar is well worth the 1 hour and 49 minutes spent.