Movies To Watch Tonight Review Of The Sweeney 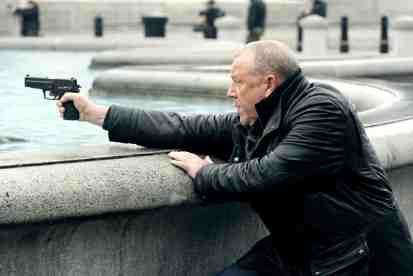 One of Movies to Watch Tonight's favorite British Actors Ray Winstone, dominates the screen in the movie The Sweeney. His performance is worth every minute spent watching The Sweeney.

In the 1970’s British Television ran a series called The Sweeney. While the premise is the same that’s where everything ends. This movie is far and above the television series. Directed by Nick Love and written by John Hodge and Nick Love, the movie entertains right the very first frames. Ray Winstone is a veteran actor of many different roles and in the Sweeney he plays Detective Jack Regan with a style all his own. No one could have captured this role as well. All supporting cast are exceptional including Ben Drew who plays office George Carter and a loyal comrade to Regan. Movies To Watch Tonight gives this film our coveted Editor’s Choice. 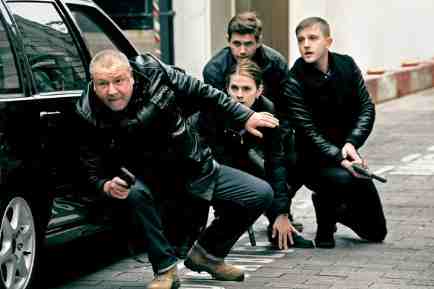 It is rare when all supporting cast play exceptional roles and play them well. Movies To Watch Tonight gives The Sweeney 4 stars.

Not just eye-candy, Hayley is a terrific actress who holds her own in the film The Sweeney. Movies to Watch Tonight is incredibly impressed with Hayley’s performance as constable Nancy Lewis. Caught in a deteriorating marriage, holding onto that which she believes still provides meaning and strength in her life, Lewis is a strong character played to perfection by Atwell. Those who complained about her “eye-candy” performance in Captain America should be silenced by her outstanding acting in The Sweeney. She is just another reason why Movies To Watch Tonight gave The Sweeney Editors Choice.

For us at Movies To Watch Tonight the performances of all the cast are memorable. Winstone never fails to entertain and captivate. Ben Drew is exceptional as a cop with a checkered background torn between what is right and his loyalties. Atwell stands out in her supporting role showing that female characters can be as tough and memorable as male characters.

The shootouts are outstanding. In particular the Trafalgar Square shootings are extremely memorable. Yet the action scenes do not outweigh the strong characters that are developed and remain the focus of the story line. While in many ways the screenplay may appear predictable, there are still enough twists and turns to keep the audience immersed in this film.

Many times the audience forgets the music and in The Sweeney Lorne Balfe outdid himself. The music is bold and ominous at the same time. It is highly suited to the film and well crafted. Subtle in places and never overwhelming, the music adds another whole dimension to The Sweeney.

If crime and action are what you are looking for in a movie to watch tonight then this film will not disappoint. You will walk away deeply satisfied.

112 Minutes in Length and not a blockbuster earner by any stretch, this film cost about 3 million pounds to make and earned 26 million by March 2013. It is well worth the time spent making it and the time spent watching it.

Movies To Watch Tonight final word: 4 Stars and Editor’s Choice says it all.