Jason Statham turning out so many of these types of movies that he is fast becoming “the” action star of the decade. The problem we at Movies To Watch Tonight see now is the wide number of mediocre cookie cutter template action style films with his name on them. Statham is a very bankable star but even his films are having trouble drawing an audience. Parker is another cookie cutter action film. Typical in almost every detail from plot to action scenes Jason Statham remains though quite watchable and that is part of the reason these films still have some audience hanging on.

Five members of Movies To Watch Tonight watched Parker and worked to complete this review. Parker cost about $35 million to make and made about $7 million on the opening weekend. Eventually Parker should cover costs and make some money through various outlets. For action, Movies To Watch Tonight rated it 3.5 out 5 as there is not as much action in this movie as in his other films including the very popular Transporter series. Transporter is also better directed, better scripted and an all round better film. Still though for the guys who like Guns and Explosions there is probably enough action for an evening so when you ask yourself What Movie Should I Watch Tonight, decide on whether it will be a middle of the road action film or something with a more polished script. We at Movies To Watch Tonight prefer a more polished script.

While there might not be a lot to look at female wise in this film, Parker brings back Jennifer Lopez to the silver screen. She adds a nice touch to the film and she remains as hot as ever. There are a couple of nice strip down scenes with Lopez showing off her underwear clad bikini ready body. Born in 1969, this 44 year bombshell still has the looks and body to keep guys glued to the set hoping for a bit more skin. She remains sexy and a shower scene and the strip scene are obviously designed to keep guys interested in yet another Statham action film. Still Movies To Watch Tonight would rate her acting as decent but again much of the problem comes from scripting. 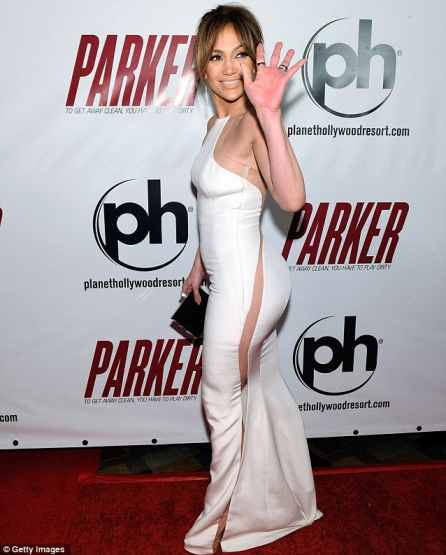 Jennifer Lopez showing an amazing form at the premiere of Parker. Movies To Watch Tonight rates her acting in Parker as Decent but not Exceptional

Movies To Watch Tonight Review of Jason Statham in Parker

Don’t get us at Movies To Watch Tonight wrong. We like Jason Statham but Parker just feels like a film made to just try to make a bit of cash. There is just nothing unique here. No scenes that stand out and nothing that sets this movie apart from all Statham’s other movies. We at Movies To Watch Tonight wanted to really enjoy another action film from Statham but overall, the movie was a “ho-hum” kind of affair. No problem in Parker taking a minute out to check email, twitter and send a text message or a few hundred. Just nothing to really hold you to the screen. 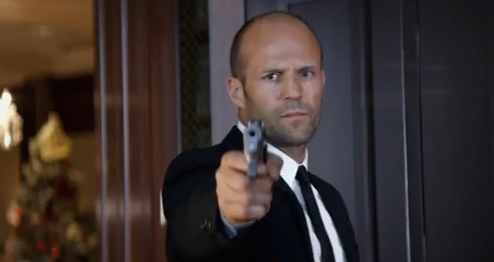 Jason Statham continues the same character style in the 2013 release of Parker. His performance is rated as "usual" by Movies To Watch Tonight .

Overall Movies To Watch Tonight rates the film 2.5 out of 5. It’s certainly not the worst movie by any stretch and sexy Jennifer Lopez is still a nice piece of eye-candy to watch. The script though is tedious, repetitive, boring and predictable. Overall if you are having trouble deciding on what movie to watch tonight, move along and perhaps dust off Transporter, if you want to remember when Statham turned out some wonderful action scenes. In Parker he seems to be going through the motions.