DRIVE With Ryan Gosling Review From Movies To Watch Tonight

While we at Movies To Watch Tonight try not to give away too much of a movie’s plot, here is a short outline of the movie Drive. The movie is about a car driver played by Ryan Gosling who is a stunt driver by day and a driver for criminals at night. The sombre tone of the movie is set at the beginning and stays true to form throughout. We know nothing of the character’s past or his motivation. It reminds us here at Movies To Watch Tonight of the Clint Eastwood films, based on the Man With No Name. There are many similarities to this character and Eastwood’s, but overall Movies To Watch Tonight felt that Gosling developed the character far deeper than Eastwood’s.

The movie starts off slow, but don’t be fooled there is a lot of action as the film gets underway. The start is primarily to set the tone and mood of the film while developing the characters. 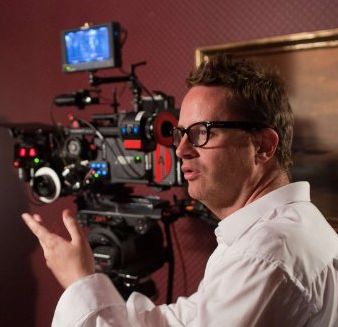 The movie feels like a 1940’s pulp fiction novel which isn’t surprising consider it is based on the novel of the same name from James Sallis. Drive is directed by one of our favorite directors here at Movies To Watch Tonight, Nicolas Winding Refn. Surprisingly Refn also directed Valhalla which is without a doubt a weird and almost pointless use of millions of dollars for a film.

Gosling once commented on how much he loved Valhalla and loved forward to being directed by Refn in the movie Drive.

Refn creates a film noir feel to the movie and does an excellent job capturing the complexity, murder, deceit and treachery from the novel. Movies To Watch Tonight gives 4 start to the skillfully crafted screenplay by Hossein Amini.

Gosling stands out and definitely wins a Movies To Watch Tonight 5 stars for his terrific performance as he brings the role of the driver, his conflict and the entire story to life. 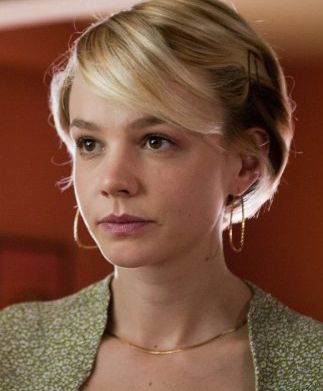 Drive has numerous notable moments. The acting of Gosling is a stand out, playing the role of the driver to the point that you forget it is just a movie. There is lots of action in Drive. For guys who love car chases and cars in general there are lots of automobile scenes to keep you on the edge of your seat. For those who like the general mobster violence it too abounds in Drive but it is not overdone and it is in keeping with the movie’s overall sombre tone and dark mood.

Albert Brooks is one of our favorite actors here at Movies To Watch Tonight and in Drive he fills his role of a mobster to the letter and shows how versatile an actor he remains. Ron Perlman another Movies To Watch Tonight favorite, is in fine form as he creates a strong menacing character and while both are very good in Drive, Albert Brooks like Mulligan and Gosling is a standout in his role. Brooks remains one of Hollywood’s best actors and in Drive he continues that tradition. 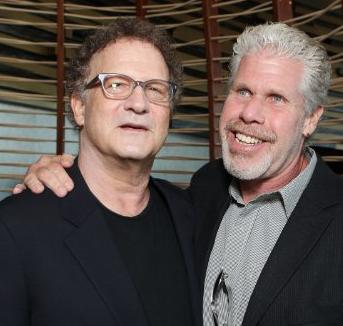 Bryan Cranston is excellent as Gosling’s hapless friend who has big dreams that he himself can never fulfill and so he looks to ride Gosling’s driving ability to fame and profit.

Christina Hendricks has a small but pivotal role in the film Drive. Movies To Watch Tonight rates her walk from the liquor store to the get away car as she lugs the stolen cash as unforgettable. Her final scenes in the motel as she tries to regain her composure are excellent. 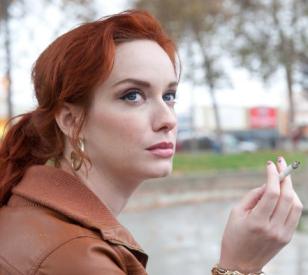 Christina Hendricks has a small but pivotal role in Drive and her performance continues to prove her acting talent in varied roles.

Gosling though wins Movies To Watch Tonight 5 star rating for his portrayal of the very complex central character of Drive. Goslings scene at a strip club as he confronts a mobster who set him up is incredible as he struggles to maintain his composure while descending further into a world of increasing violence. The elevator scene with Gosling and Mulligan near the end of the film is haunting. 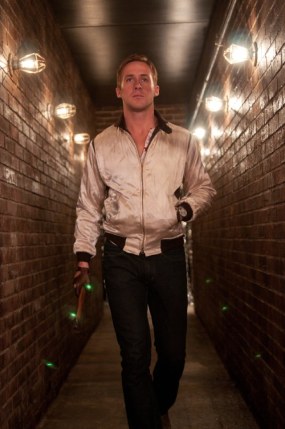 Drive is gorgeous in both color and characters.

Drive is stunningly shot and gorgeous in both color and characters. If your idea of a crime action movie is a bunch of mobsters of the Casino genre, then this crime action movie will disappoint. The film is a character study of Gosling’s extremely complex and contradictory tough-guy.

The film captivates from the start and draws you deeper into the characters and their personal weaknesses as it draws to an end. The film left us at Movies To Watch Tonight haunted by both the loneliness of the characters and the tense violent undertone which runs deep throughout the movie.

Trailers of the movie Drive cannot do this movie justice so forget the trailers. Instead we at Movies To Watch Tonight say watch the movie instead.

Drive is not your typical crime action movie. Movies To Watch Tonight gives this extraordinary film 4.5 stars and is a great way to spend 100 minutes of your life.