Here we have a story about 3 high school senior boys who stumble upon something (never explained) that gives them amazing powers. Weirdly though there doesn’t seem to be much they want to really do with them other than fly around, move things or play jokes on people. This is definitely not your super hero type film. When people pick Movies To Watch Tonight they are looking for something entertaining, well acted with character development. None of that exists to any large degree in Chronicle. The special effects at the end are reasonably good but because anyone can see where Chronicle is heading from the outset it’s not very entertaining. 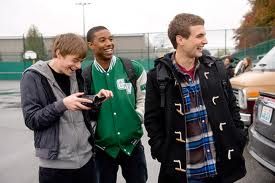 In Chronicle 3 high school boys develop amazing powers but can't seem to do much with them.

There are not many. The scene with the boys flying and a jet going overhead and the scene with the storm clouds is reasonably well done. Aside from this there is a great “Carrie” parody near the end of the film that is fun to watch.

Is Chronicle Worth A Movies To Watch Tonight Approval Rating

No. It ranks right up there with Margin Call which is better acted, scripted but is missing the mark when it comes to a great movie. Chronicle is definitely not a great movie. It is mediocre at best and only slightly entertaining. Two stars are all Movies To Watch Tonight can give Chronicle 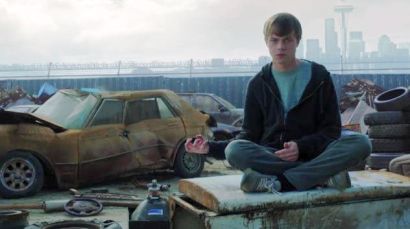 Not much action until the end of the movie. It's too bad there isn't more to the script but hey, the movie made lots of big bucks.

Sadly there was a lot of potential in Chronicle that was never realized. The movie cost $12 million to make and by May 2012 it had grossed $125 million worldwide. Now you know why there are so many of these movies made. Cheap to produce and if promoted properly people go to watch. Here at Movies To Watch Tonight we see many such movies with lots of potential, but badly scripted, poorly acted and but basically made to generate big bucks.

Just 84 minutes long or if you can stand more there’s a director’s cut with 89 minutes. Just remember that this is 84 minutes you will never get back. If you are looking for this type of film consider something like Bad Ass or a dozen other such flicks that have a great script, good character development and are well acted. If you are going to spend time watching a film, why not watch a great one.