Catch 44 is one of those movies which here at Movies To Watch Tonight we refer to as a “wannabe”. Basically Catch 44 wants to be a different movie. In this case, Catch 44 wants to be a Quentin Tarantino film. It does it best to mimic Tarantino’s style and flair but it falls short. Catch 44  is the story of three female robbers who are set up to intercept a drug shipment for their boss, played by  Bruce Willis. That’s the story of the film. Not one of the better films we have reviewed at Movies To Watch Tonight but  certainly not the worst. But if you only have so much time for movies to watch tonight, then look elsewhere. There are much better films out there.

Bruce Willis and Forest Whitaker are the big stars in Catch 44 and both are Movies To Watch Tonight favorites. The lead female role is played by Malin Akerman. Born in Sweden she moved to Canada at the age of 2. Akerman is gaining traction as an excellent actress after starring in such films as The Bang Bang Club, Couples Retreat, The Proposal, and Watchmen to name a few. She is scheduled to be in a number of movies in 2012 which Movies To Watch Tonight will be reviewing. Use this Movies To Watch Tonight link to visit Akerman’s website. 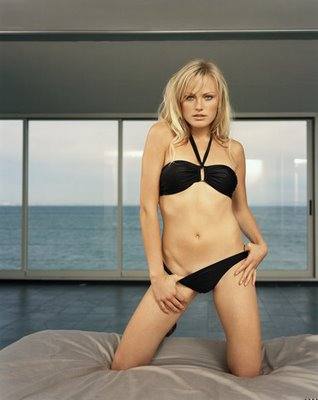 Willis plays Mel a crime boss who makes his living through drugs and other illicit operations. Akerman along with two other female characters Kara (Nikki Reed) and Dawn (Deborah Ann Woll), work for Mel. They rob and move drugs for Mel. The problem for Willis and Catch 44 as far as we at Movies To Watch Tonight were concerned is he has too small a role. He needed a larger role. 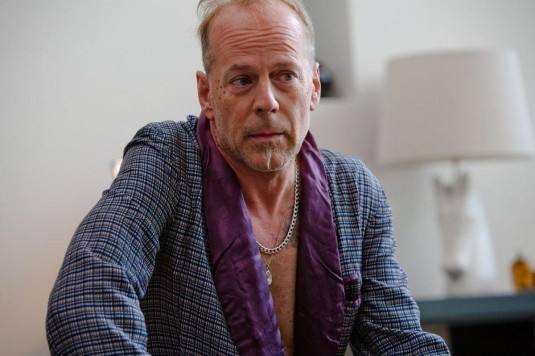 Bruce Willis is one of Movies To Watch Tonight favorite actors. Versatile and talented, Willis has too small a role in the movie Catch 44

Forest Whitaker’s role is somewhat more prominent, but his accent is so poor that much of his dialogue is almost intelligible. We find out later in the film that he works for Mel and has a crush on Akerman. As there is so little character development there is no idea why he has a crush on Akerman but he seems psychotic so perhaps that is enough reason. Movies To Watch Tonight rates his acting as top-notch but that accent, who dreamt that up. 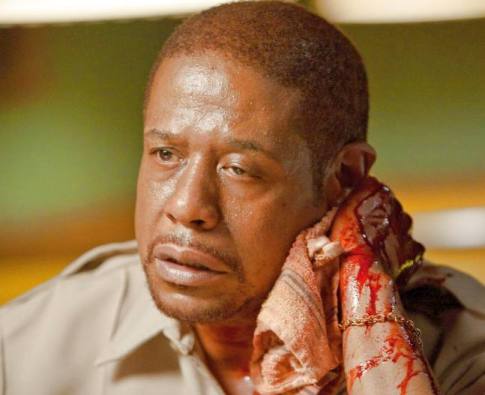 Another Movies To Watch Tonight favorite is Forest Whitaker. His role is well acted but who did the accent?

Mel wants to get rid of just about everybody connected with himself and he sets up an ambush on the 3 female robbers and pretty well everyone else connected to them and him. This leads to a standoff in a run down diner which is the central point of the entire movie with flash backs trying to explain what has happened to bring them all to the diner. Movies To Watch Tonight rates the action in the film as mediocre but everyone tried their best and it shows.

The Mexican stand-off at the diner in Catch 44 is far too long and unlike Tarantino's films, the banter back and forth is poor and not compelling.

Catch 44 is not a bad movie, it just isn’t a good movie. One of the more notable moments is Akerman as she makes for nice “eye-candy” in Catch 44 but she can also act and with a few more movies to her credit Akerman could turn into a great actress. For us at Movies To Watch Tonight Malin Akerman was the most memorable moment. 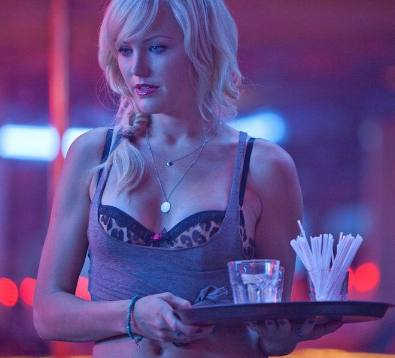 Malin Akerman is an up and coming star as far as Movies To Watch Tonight is concerned. In Catch 44 she makes for nice "eye-candy" but she also can act.

Movies To Watch Tonight Not So Memorable Moments

There are a lot of not very memorable moments in Catch 44. The dialog is just mediocre, not enough air time for Willis, the flash backs are only reasonably well done, the Tarantino rip-offs should be much better done or better yet, not copied at all. The diner scene is way too long and Whitaker’s accent at the diner and the banter back and forth is badly written and therefore poorly acted. In our opinion at Movies To Watch Tonight, Catch 44 could have been a lot better if they hadn’t tried to clone Tarantino’s style but relied on something completely different.

Overall Akerman, Willis and Whitaker do their best with the roles given. Without them Catch 44 would not have received even 2.5 stars from Movies To Watch Tonight. Most movie-goers can avoid this film. Guys may want to watch it for the violence and gore, although it certainly does not have that much violence or gore and perhaps that is part of the problem. Without a strong script, with ripping off Tarantino’s style, poor character development maybe Catch 44 needed more violence and gore. Movies To Watch Tonight gives Catch 44 2.5 stars because of the acting. Akerman should be given credit for saving as much of the movie as possible.

If you watch Catch 44 you will waste 1 hour 33 minutes of your life. If you watch the movie, try to be doing something else at the same time. Maybe surf the internet, text friends or whatever but don’t sit idly and just watch the movie.

Written and Directed by: Aaron Harvey

Movies To Watch Tonight last word on Catch 44, watch something else, preferably an actual Tarantino movie.